Not only Nikita Mazepin, 5 racers with the worst debuts in Formula 1

Nikita Mazepin (Haas) could not complete 1 lap on her debut in F1 Bahrain GP. Here are 5 drivers besides himself who made their worst debut in Formula 1.

The young Russian racer, Nikita Mazepin, finally made her Formula 1 debut at the Bahrain F1 Grand Prix at the end of March. However, the Haas team racer in the end had bad luck by failing to complete even 1 lap.

Starting from 19th position, Mazepin made a mistake at Turn 2. While trying to catch up with his Haas teammate, Mick Schumacher, the car that Mazepin was driving finally got off the track and hit the barrier on the left side.

As a result, he was unable to continue racing and had to settle for his debut in the Formula 1 event which was very short.

On the other hand, Nikita Mazepin's poor performance in the racing session seemed to complement her poor results at the Bahrain Grand Prix. The reason is, during qualifying, the car also had twisted two times so that he could only start in position 19.

However, Mazepin's bad start in this debut race is nothing new in the world of F1. A number of other racers also had bad luck while undergoing their first race in Formula 1. Who are they? Here is the review:

At the 2001 Australian GP, ​​Enrique Bernoldi (Arrows) made his debut with a number of other riders such as Fernando Alonso, Kimi Raikkonen, and Juan Pablo Montoya. However, compared to his contemporaries, Bernoldi had bad luck.

Having only undergone two laps, Enrique Bernoldi turned too wide at turn two so that he finally hit the barrier. Interestingly, just 1.5 years after that incident, both Bernoldi and the Arrows team both retired from Formula 1.

Andre Lotterer made his F1 debut in the 2014 season as a substitute racer for the Caterham team at the Belgian F1 GP. At 32 years old, he is officially the oldest debutant in Formula 1 and has done well in qualifying so he gets a better starting position than his partner, Marcus Ericsson.

Unfortunately, Andre Lotterer had bad luck in the racing session. Electrical problems made him have to stop racing after only undergoing one lap. Sadly, the race was Lotterer's only appearance in F1 throughout his racing career.

Indian racer Karun Chandhok made his Formula 1 debut at the Bahrain Grand Prix in 2010 with a team that was also a new team at the time, HRT. Unlucky signs can be seen when his car is often in trouble during free practice sessions.

During the racing session, Karun Chandhok's debut lasted only briefly after his car had an accident and hit a barrier with Lotus Cosworth's champion, Jarno Trulli, just undergoing the first lap.

The Super Aguri team made their F1 debut in 2006 through a duet of drivers Yuji Ide and Takuma Sato. However, Ide's poor appearance led him to be replaced by Sakon Yamamoto. Yamamoto then made his debut at the German GP at Hockenheim.

Sakon Yamamoto's own speed has been poor since qualifying by half a second slower than Sato. During the racing session, his misfortune culminated in having to stop after just one lap due to transmission problems.

F1 Australian GP in 2002 became one of the most memorable opening series. At that time, there was a big accident with Williams' car driven by Ralf Schumacher thrown into the air after hitting Ruben Barichello's rear wing at the first corner.

The situation then led to a series of collisions that also happened to two debutant riders, Felipe Massa (Sauber) and Alan McNish (Toyota). Both of them finally had to quit the race without being able to get past a corner.

When watching Formula 1, we usually only pay attention to the number of laps, how much time it took for one lap, the position of the drivers, etc. But behind that there are many interesting facts that we may not know in Formula 1. Here are some of them. 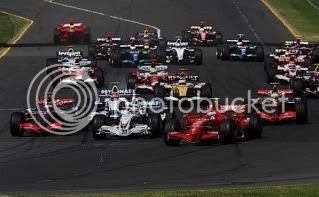 1. In 1 race a racer loses an average of 2 kg of weight. This amount could be more if the race took place on a hot circuit such as Sepang, or Bahrain. 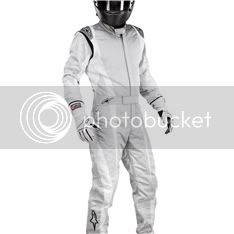 2. The total weight of all equipment that each F1 team must carry for one race is 28 tons. Consists of spare parts, tools, pit stop equipment including three spare chassis. There are about 10,000 spare parts and 1500 wrapping paper and bags with the team logo. 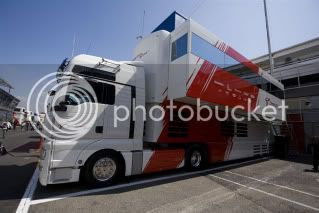 3. 100 radio communications between team members and their racers during the race weekend (Thursday-Sunday). Other communication tools that are carried include 16 CPUs and approximately 30 notebooks / laptops.

4. The braking distance required for F1 cars from a speed of 200km / h to a complete stop is 55 meters. Takes 2 seconds, generates a G-force of up to 5.6G. That means the racer 's body (especially the neck) has to withstand a forward thrust of up to 5.6 times his own body weight. By comparison, a standard passenger car needs a distance of 120 meters to reach 200km / hr until it stops. In 4.1 seconds. 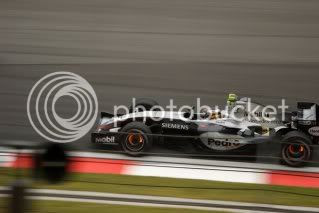 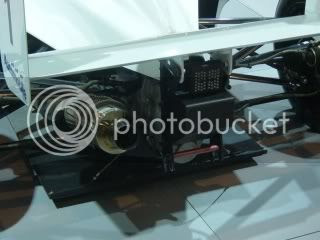 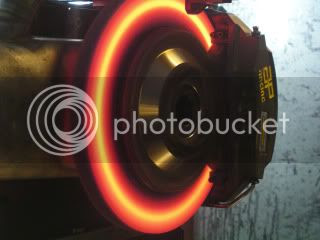 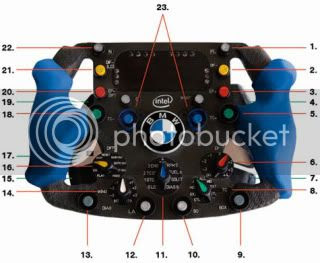 9. Especially on the Monaco circuit, a racer can do 3100 gear shifts during the race. In other circuits the racer "only" makes an average of 2500 times the shift of gears. Here you can see the proof on a video format https://f1gp.stream/ 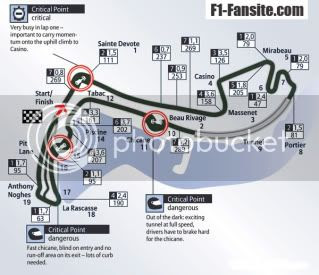 10. The amount of water and soft drinks consumed by a racing team during a race day is 3300 liters. During the race on a circuit with hot temperatures such as Sepang, drivers will lose body fluids (dehydration) up to 2.5 liters.